Follow-Up to The Uselessness...
Why Ministries Like Place aren't successful Pt.1

Why Ministries Like Place aren't successful Pt.4
A Time for everything..

Follow the links below to purchase the entire book.

Moving Attenders to Membership to... 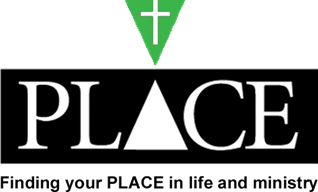 False Assumptions About Spiritual Gift...
What If The Next Trend in Ministry...

Is The Church On Steroids?

​ The first well-known athlete to go public regarding steroid use was feared defensive lineman Lyle Alzado, who played 15 years in the NFL with the Denver Broncos, Cleveland Browns, and Oakland Raiders. For years, he denied using steroids. In July of 1991, he came clean in a story for Sports Illustrated. Seven years after playing his last football game, he died from brain lymphoma, a rare form of brain cancer. While there is no hard evidence that he developed brain cancer from taking steroids, Alzado was convinced steroids led to the brain cancer and his short life of 43 years.

The steroid scandal became well known in 2005 with the investigation of major league baseball players. As of this writing most will conclude we still do not fully know the harmful ramifications steroids will have on those who have utilized them. Therefore, the consequences of what started in the 1950s may not be fully understood until 60–70 years later.

Now, back to the analogy between athletes and churches. In the late 1970s and early 1980s, churches began to take shortcuts to increase performance primarily in one area—worship attendance. If my theory is right—in that church leaders begin pumping steroids (figuratively speaking) into the church to increase attendance—we may not realize the consequences of an impotent Church until 60 or 70 years later if we even acknowledge the consequences or the reasons for those consequences. What could make this even more difficult to recognize would be failing to understand the harmful impact of focusing on one mission objective of the Church, to the detriment of the other objectives. At least with steroids and athletes, today there is a consensus that they are harmful to one’s body.

Vital Principles
Is PLACE Effective?
Using Technology To Get...
When Strategy Is Not Connected...

When Your Plans Fail What Then?
Is Evangelism A Spiritual Gift?
Why Ministries Like Place aren't successful Pt.3
Does my Personality Lead to Depression?
THOSE EXPERIENCING PLACE

What Do You Find Most Rewarding?

What do many athletes and churches have in common? On the surface, maybe not much, however, I have concluded that often both have followed a similar course for short-term results with little regard for long-term consequences. Often both have replaced hard work with shortcuts to improve immediate performance.

Most reading this book are now saying, “Where are you coming from with this analogy?” Before clarifying the analogy, let me explain what is believed to have started in the 1950s with athletes. Athletes in the 1950s began to be introduced to steroids and realized they could perform at higher levels by taking steroids. ​

How many times is there a lack of agreement on what has caused negative consequences? For a prime example, look no further than our government and the perspective between Democrats and Republicans when it comes to the impact of President Roosevelt and Lyndon Johnson creating and handling welfare. Most would agree that society is no further along today in eliminating the welfare system than it was before Johnsonʼs measures in the 1960s. Many would even argue that we are worse off today than when the programs were put in place to eliminate welfare. However, there is debate after debate on who and what brought us to the place we are today and how to solve the problems of welfare. Sadly, the same arguments could be debated on whom and why the Church in America is losing influence and impact on society today.

I believe passionately that focusing on one mission objective (worship) to the detriment of the others (discipleship, evangelism, fellowship and ministry) is causing the Church in North America to lose impact and therefore not be able to influence those without Christ that Jesus is the answer to challenges facing individuals and society. Keep in mind, I did not state a church or several churches are losing influence, but the Church. A gifted speaker with dynamic worship can fill a huge parking lot that flows into a big room (worship services), but I for one do not equate a church that reaches large numbers of people the same as the Church impacting and changing lives throughout North America. Filling a large room for worship services does not equate to long-term impact on future generations.

Before writing me off, consider the words of 2 Timothy 4:3 which state, “For the time will come when men will not put up with sound doctrine. Instead, to suit their own desires, they will gather around them a great number of teachers to say what their itching ears want to hear.” Could that time be now? Could the focus on moralistic (do the right thing), therapeutic (feel good about yourself), deism (it’s about me) that is taught in many church worship services today be the warning Paul is giving Timothy in 2 Timothy 4:3? Could it possibly be that many calling them- selves Bible-believing evangelicals have succumbed to 2 Timothy 4:3 all in the name of being relevant? Does this type of worship lead to a weak, anemic Church?

Are you Committed? (e-book)